Help us continue to build homes, communities, and hope.

Do More 24 is a 24-hour day of giving designed to help non-profits raise more money and engage new donors.

How can you help?

This year for Do More 24, we need your help in donating and helping to share HFHNCC’s social media posts while tagging Habitat for Humanity of New Castle County social media and using #DoMore24DE. 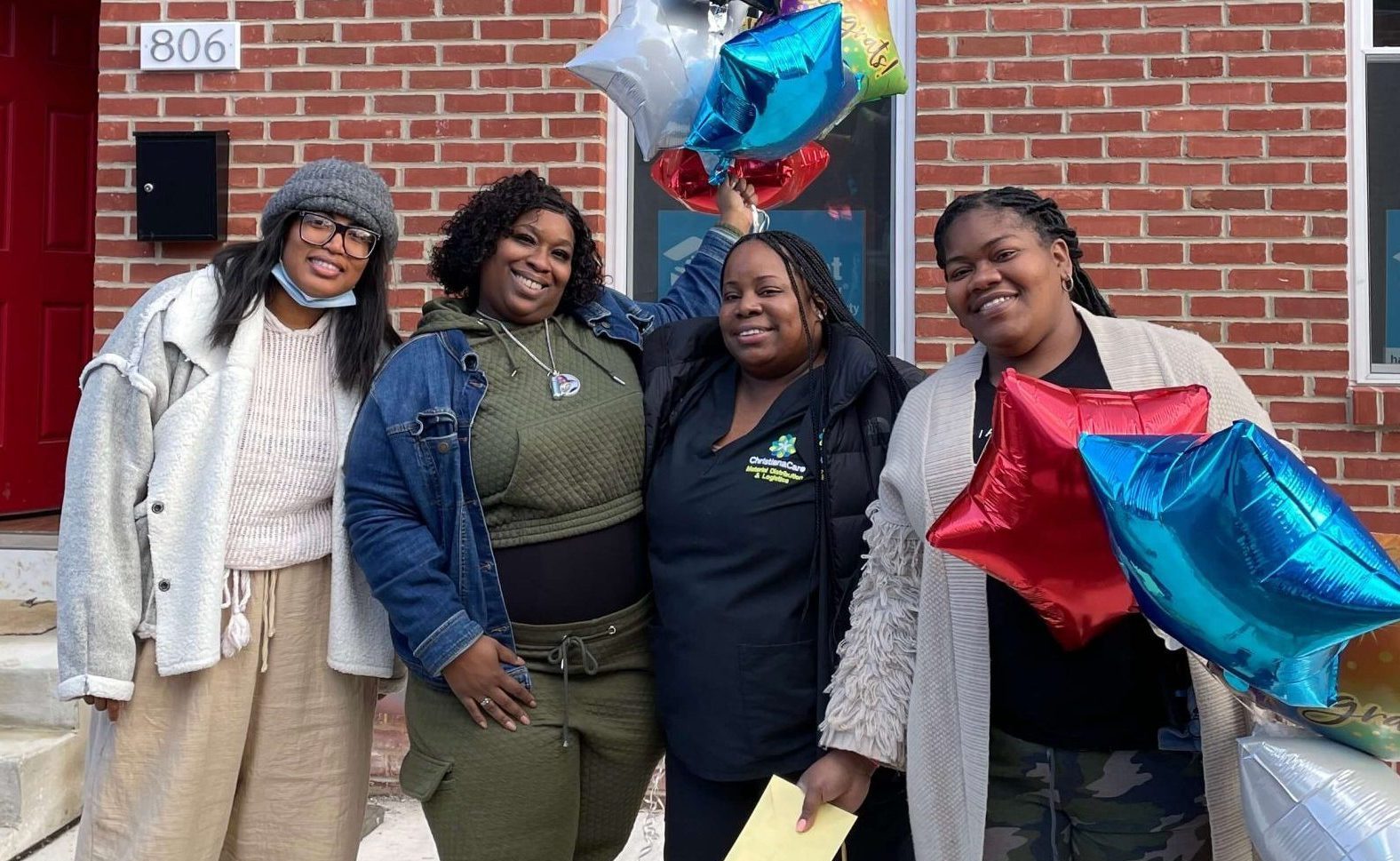 Show your support this Do More 24.

After living in substandard housing where the terms of her rental agreement depended on her income levels, Kasene and her family eventually were left with no place to live until a friend of a friend offered their home as a place to stay. Although this home was never the forever home that Kasene had hoped for. Her daughters were missing a space to comfortably complete their homework and the dream of gathering for meals around a dining room table.

Kasene never gave up the dream of homeownership. She continuously applied for mortgages so she could give her children their own room to decorate as their own, and kept hearing rejection after rejection. One day she came across a Facebook ad for the HFHNCC Homeownership Program and began researching, realizing that this was the chance she needed. An excited Kasene also convinced her mother to apply. After months of hearing no after no, Kasene burst into tears upon hearing the good news that HFHNCC said yes.

Since getting accepted into the Homeownership Program, Kasene’s heart melted when her daughter expressed how proud she was of her mom for never giving up and continuing to pursue her dream. Once Kasene and her children settle into their new home on Bennett Street in Wilmington, she plans to save up to finally surprise her kids with a trip to Disney World – something that she has promised them since they were little.

Getting involved is easy!

Create a Facebook fundraiser to encourage your friends to support Habitat’s mission.

Make an online gift using our donation form or on the DoMore24 DE website  to our #DoMore24DE campaign and build homes, communities, & hope!

Are you a donor, volunteer, homeowner,
or affordable housing advocate?

Download some of our social media graphics to use when you tell your loved ones why YOU support Habitat!