Redevelopment of The Flats progressing as Wilmington eyes other housing revitalization

by Habitat for Humanity of New Castle County 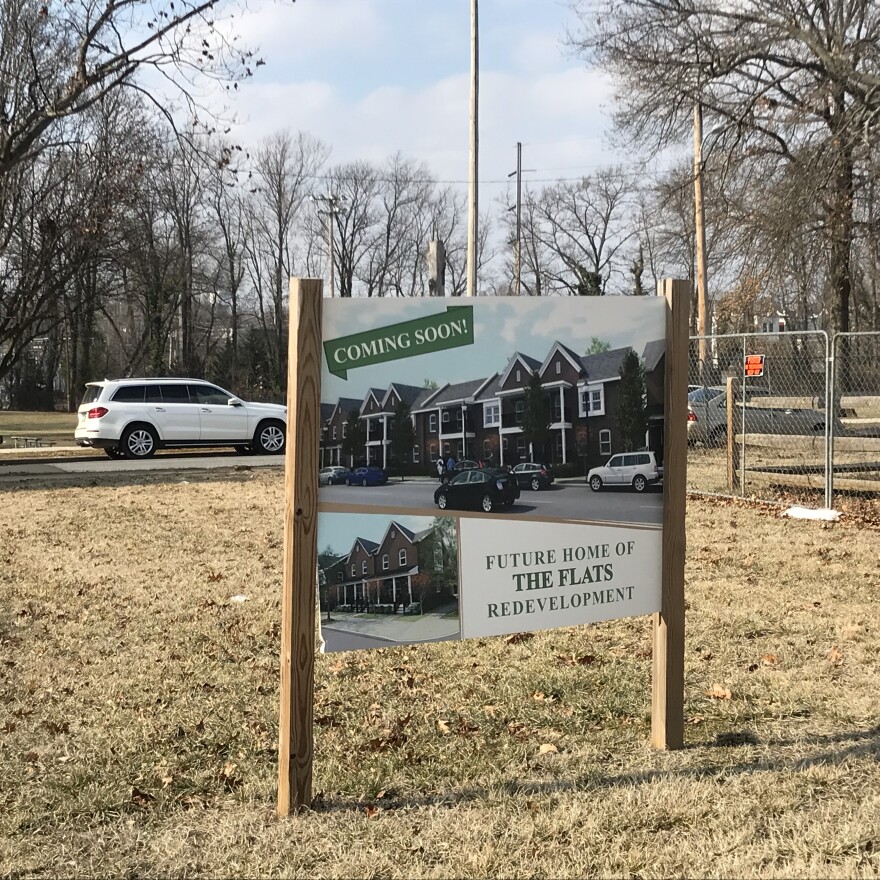 Work to redevelop The Flats neighborhood on Wilmington’s West Side is moving to a new phase, and as it does, the group behind that work is also preparing to extend its efforts to the city’s East Side.

Contributor Larry Nagengast offers an update on The Flats project and where it fits into Wilmington’s larger housing plans.

With 221 new housing units in its signature redevelopment project on Wilmington’s West Side now complete, the Woodlawn Trustees are pushing ahead with the next phase of construction in The Flats and getting started on participating in Mayor Mike Purzycki’s plan to revitalize housing on the city’s East Side.

Reconstruction of The Flats, the working-class community built more than a century ago under the guidance of Quaker philanthropist and cotton-mill owner William Poole Bancroft, began in 2015 and recently reached its halfway mark with the completion of the third of its seven phases. The fourth phase has just begun, with demolition under way of existing rowhouses extending south and east from the corner of Bayard Avenue and West Seventh Street.